Fmr. US Ambassador, Senegal and Guinea 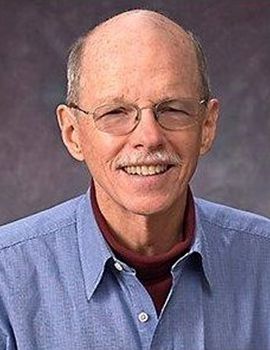 Dane Smith is a consultant on peacebuilding and development, with an emphasis on Africa. In 2014 he spent five months teaching peacebuilding as a visiting professor at the Martin Luther King Evangelical University of Nicaragua in Managua. In 2011 and 2012 he served as Senior Advisor on Darfur in the State Department’s Office of the U.S. Special Envoy for Sudan and South Sudan. Ambassador Smith made a dozen visits to Darfur, meeting with government officials, rebel leaders, refugees in Chad, internally displaced persons in numerous camps, civil society and human rights activists, as well as UN and African Union peacekeepers and senior representatives. He played a significant role in the negotiation in Qatar of the Doha Document for Peace in Darfur signed in 2011 by the Sudanese Government and a major Darfuri armed
movement.

From 2006 to 2010 he was a Senior Associate at the Center for Strategic & International Studies, where he authored U.S. Peacefare: Organizing American Peace-Building Operations(Praeger: 2010). He has taught peacebuilding as an adjunct professor at American University. From 1999 to 2003, he served as President of the National Peace Corps Association, which mounts programs in global education, conflict resolution and voluntary service. He also served as U.S. Ambassador to Senegal 1996-99. In 1995-96 Ambassador Smith was Special Presidential Envoy for Liberia, while concurrently directing the State Department’s Office of West African Affairs and was U.S. Ambassador to Guinea 1990-93. He is the recipient of the Presidential Meritorious Service Award and the Commandant de l’Ordre du Lion Award from the Government of Senegal. Ambassador Smith began his international career as Peace Corps
Volunteer in Eritrea in 1963-65, then part of Ethiopia.

He is a member of the Council on Foreign Relations and the Alliance for Peacebuilding.