Malnutrition amongst children is a serious problem in the Philippines. Of the 13.5 million children in Filipino public elementary schools, 2.3 million are severely underweight, overweight or obese. Moreover, 1 in 3 children under the age of 5 is stunted in terms of their growth. Despite increased economic growth in the Philippines, malnutrition remains a significant issue across all socioeconomic levels, with rates of acute malnutrition in children under 5 exceeding the WHO’s target of 5% for all levels of household wealth.

IIRR has engaged in efforts to reduce levels of malnutrition in the Philippines in partnership with the Philippine Government. This has involved working collaboratively with the Philippines’ Department for Education (DepEd) and the Food and Nutrition Research Institute-Department of Science and technology, to develop a model for enhancing links of the various nutrition programs in schools. This Integrated School Nutrition Model (ISNM) links school gardening, nutrition education, and supplementary feeding together in a project which works to deliver nutrition interventions to elementary school children. Dimensions of these nutritional interventions include establishing bio-intensive school gardens and engaging in ‘agro-biodiversity,’ which ensures that a diverse range of vegetables are planted for children’s feeding. Furthermore, underfed children in this model are fed using iron-fortified rice and indigenous vegetables from their agro-biodiverse school gardens. Students who partake in this school feeding project as well as their parents and teachers are also educated on the importance of nutrition, which they can afterwards pass on to family members at home. 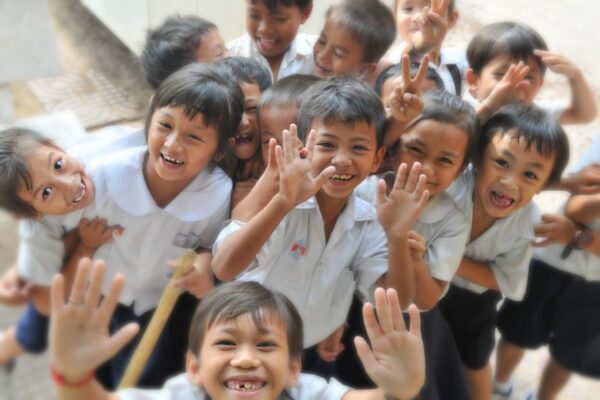 Since its inception, ISNM has been regularly fine-tuned by IIRR to ensure its effectiveness. In 2019, project data showcased that after 120 days of feeding, 4 in 10 previously undernourished students attained ‘normal’ status, and 80 days of extended feeding was implemented thereafter. Moreover, the mean weight and height of pupils increased by an average of 0.44kg and 1.57cm for boys, and an average of 0.55kg and 1.96cm for girls.

IIRR’s model has also been notably scaled out across the Philippines. The model has been mainstreamed by the Philippine Government in 215 schools nationwide. According to data from 2019, within the 8 years of the model’s development and implementation, 81,055 children have been given supplementary feeding and approx. 659,893 learners were educated about nutrition and gardening. Moreover, the Government of the Philippines spent in PHP 18 million to ensure that in each of the 16 regions of the Philippines, at least one school was given training under the ISNM model. Altogether, the program has expanded nationwide with government support, ensuring that IIRR’s work is reaching and improving the lives of thousands of Filipino children.