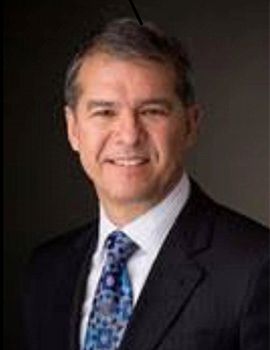 Ricardo A. Anzaldua was Executive Vice President and General Counsel at the Federal Home Loan Mortgage Corporation (“Freddie Mac”) from 2018 to 2020. From 2012 to 2017, he served as General Counsel and as Special Advisor to the CEO of MetLife. In this role, he led the 1,000+ person team comprising the company’s global legal operations, corporate secretary’s office, corporate ethics and compliance group and government affairs operation. He designed and led the execution of the Company’s one-of-a-kind successful legal challenge of its too-big-to-fail designation under the Dodd-Frank Act.

Before MetLife, he was the Senior Vice President and Associate General Counsel of the Hartford Financial Services Group, where he led legal support for the two largest operating divisions (commercial and consumer markets) after a three-year tenure serving as Corporate Secretary and leading the legal teams supporting the company’s general corporate functions, including securities and m&a, tax, intellectual property & technology, bankruptcy and real estate. Before joining Hartford, he was a partner with Cleary, Gottlieb, Steen & Hamilton LLP in New York. He began his legal career with the firm upon graduation from Harvard Law School in 1990.

Mr. Anzaldua currently serves as Trustee of the New York City Bar Fund and LatinoJustice/PRLDEF. From 2007-2018, he served on the Board of the Greater Hartford Legal Aid Foundation (and as its President from 2015 to 2018) and from 2014 to 2018 on the board of MCCA (an organization formed to promote diversity in the legal profession).