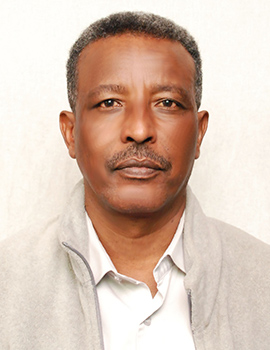 Zerihun Lemma Damenu has been with IIRR for well over a decade, first starting as a capacity-building outreach coordinator in Ethiopia. 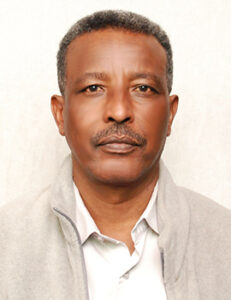 Following South Sudan’s independence, Zerihun was sent to Juba in 2012 to set up IIRR’s country office. In 2015 he went back to Ethiopia where he has been working as the Country Director ever since. We spoke with Zerihun to hear about his thoughts and experiences on the impact of our work in Ethiopia.

Q: What are your core principles and how do they tie in with IIRR?

A: “When there are empowered communities, we can solve many problems, be it economic, political, or with security. Change starts from within the local community, by releasing their abilities and supporting them to realize their full potential.”

This is the center of Zerihun’s principles, where empowering local communities allows them to realize their full potential.

Q: We know Ethiopia has been struggling with the threat of famine and war. What are the main challenges you are seeing today?

A: “We have internal and external conflicts happening now. There is an ethnically motivated civil war, which means this will be protracted and not easy to solve. Like the rest of the world, we also felt the effects of the COVID pandemic, in which most of the country was shut down for almost two years. This affected market activities, especially in agriculture which is the main livelihood of the people. We are also experiencing droughts in pastoral areas where millions of heads of livestock are dead. This is especially disastrous for the country since Ethiopia has the largest pastoral community in Africa. These things undermine our interventions.”

Q: What is the focus of IIRR Ethiopia today?

A: “We mainly focus on development interventions in areas like education for marginalized populations, projects on food and nutrition security focusing on Nutrition-Sensitive Agriculture (NSA), Disaster Risk Reduction and Climate Change Adaptation, as well as offering technical support services to other stakeholders in need such, UN Agencies,  INGOs, LCSOs, or government bodies.”

COVID presented many challenges, but the team was able to adapt using mixed means like virtual meetings or limiting the number of participants in training and workshops, in order to keep programs running. In a testament to the team’s adaptive capacities in approaching conflict-prone areas, there is an example of one IIRR education program that is currently happening in a conflict hotspot where IIRR country office staff cannot gain access. Instead, IIRR is employing local staff who reside in that community where the conflict is happening, to manage the program with remote support.

“There have been difficulties, but with each difficulty, we tried to devise a mechanism to continue operating. Currently, we still continue with our education programs in the pastoralist areas, our two-year project on sexual reproductive health is halfway through, and recently we started a new project on the people-Centered Food system (PCFsY) at the federal level.   Just last month we also began a biodiversity and community resiliency program in the country’s southern region with the support of USAID.”

Q: What impact do you see IIRR creating in Ethiopia?

A: “Education in pastoralist areas has traditionally been in short supply. IIRR being with other like-minded organizations has adapted methods for the delivery of education to match their mobile lifestyles. IIRR has greatly supported not only easier access to primary education but also improving the quality of education that pupils receive.”

“IIRR has also impacted agriculture. Traditionally, the focus has always been food security; quantity was more important than the nutritional components. Through training in the field, IIRR shifted this focus to nutrition-sensitive agriculture. Now, this method has been adopted by the agricultural sector.”

“IIRR has introduced disaster risk reduction in communities. These are locally managed and have been adopted nationwide.  There are also documentation efforts with the “writeshop approach” where groups conduct a dialogue followed by a writing exercise. This type of workshop has been adopted by several CSOs.”

IIRR has been working in Ethiopia for 30 years advocating for local solutions to local challenges.