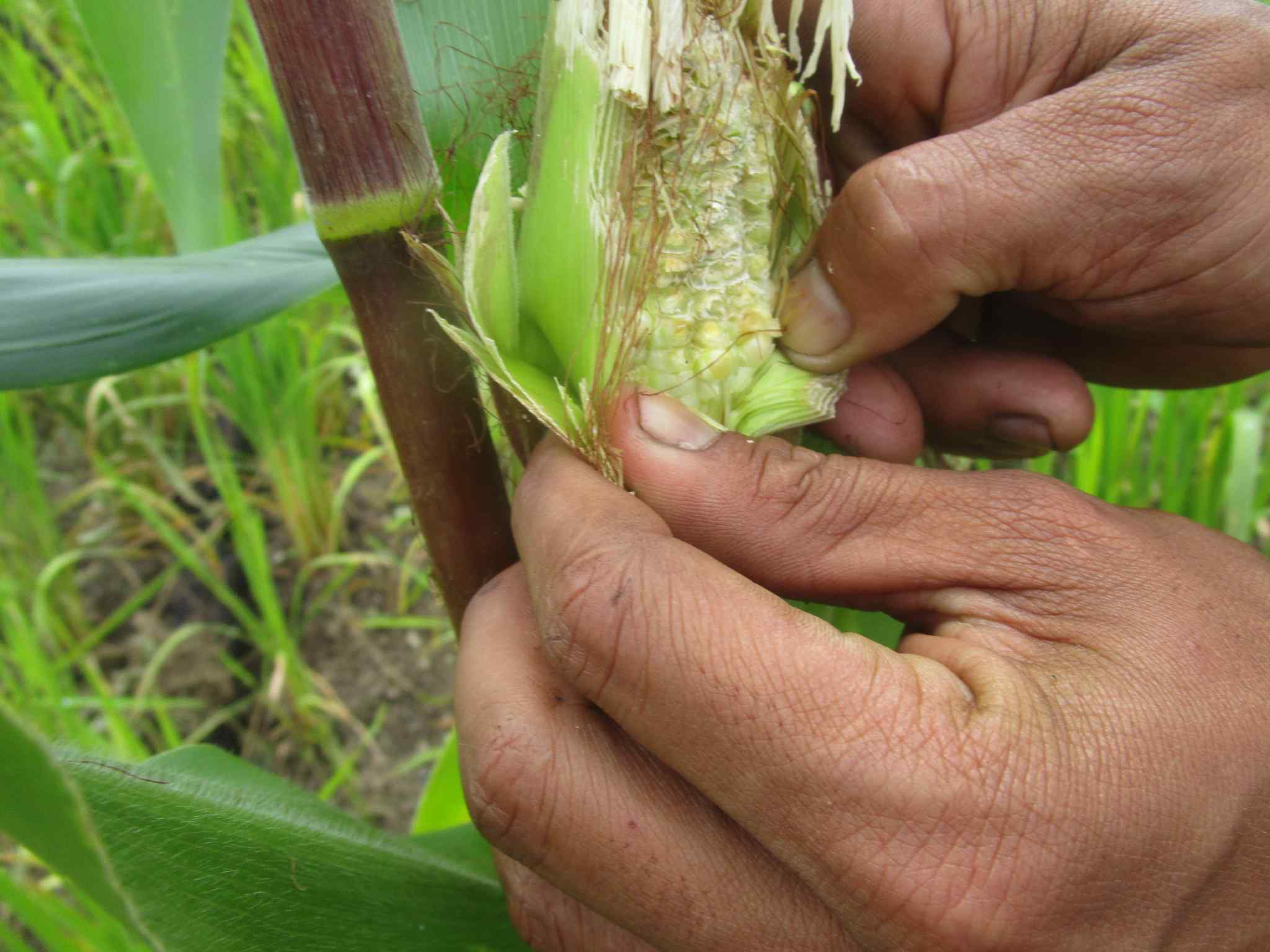 Indigenous peoples across the globe are especially vulnerable to environmental degradation in all its forms and the associated poverty. Paradoxically, their way of life is inherently sustainable and protective of the environment; their indigenous knowledge is a uniquely rich source of understanding, appreciation of, and reverence for the natural world.

The loss of indigenous populations and the erosion of their way of life is not only an injustice for those communities, but a loss in the global fight against climate change and biodiversity decline. As we lose indigenous knowledge, we weaken our ability to tackle the triple crises of climate change, biodiversity loss, and pollution.

This year’s International Day of the World’s Indigenous Peoples (August 9) focuses on the world’s 7,000 indigenous languages. As farmers, fishers, pastoralists, and forest-dwellers, Indigenous peoples use traditional land management and food production which has evolved over centuries. The indigenous knowledge systems and languages that underpin these methods contribute directly to biological and cultural diversity, poverty reduction, conflict resolution, food security, and ecosystem health. Their awareness of traditional food sources and the fundamental connection between food systems and healthy landscapes leads to diets that are diverse and sustainable. Indigenous groups are often best placed to provide information on local biodiversity and environmental change and are important contributors to the governance of biodiversity at local and global levels.

In many parts of the world, indigenous communities are at the forefront of conservation. In the Democratic Republic of Congo, the Bambuti-Babuluko community is helping to protect one of Central Africa’s last remaining tracts of primary tropical forest. In Iran, the semi-nomadic Chahdegal Balouch oversee 580,000 hectares of fragile scrubland and desert. Nemonte Nenquimo, leader of Ecuador’s indigenous Waorani people, has spent years fending off miners, loggers, and oil companies intent on developing the Amazon rainforest. She famously fronted a 2019 lawsuit that banned resource extraction on 500,000 acres of her ancestral lands. But Nenquimo isn’t only hoping to save the Waorani, by protecting the Amazon, she’s hoping to save the planet:

“If we allow the Amazon to be destroyed… that affects us as indigenous peoples, but it will also affect everyone because of climate change…The struggle we do is for all humanity.” 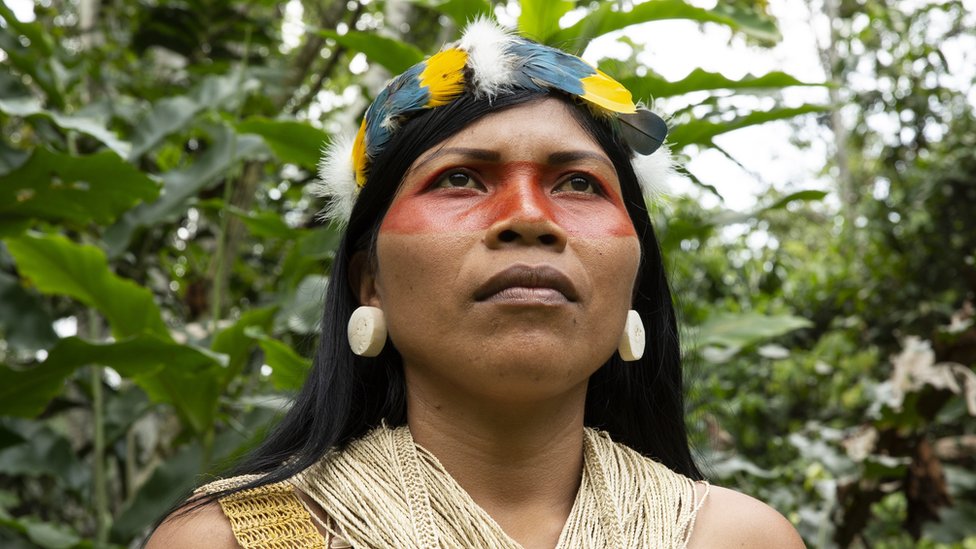 Despite the crucial role indigenous communities play, they suffer disproportionately high levels of land insecurity, social dislocation, and violence while defending their traditional lands. They also make up 15% of the world’s poorest people, with indigenous women particularly suffering high levels of poverty, low levels of education and literacy, and limited access to health services, basic sanitation, credit, and employment, as well as suffering domestic and sexual violence.

Increasingly, experts are calling for governments to learn from the environmental examples set by indigenous communities, many of which have lived in harmony with nature for thousands of years. Siham Drissi, Biodiversity and Land Management Programme Officer with the United Nations Environment Programme (UNEP), said:

“We absolutely need to protect, preserve, and promote the traditional knowledge, customary sustainable use and expertise of indigenous communities if we want to halt the damage we’re doing – and ultimately save ourselves.”

Forests play a particularly important role in many indigenous systems, being critical for food security, livelihoods, culture, and spiritual identity in many communities. New technologies, such as drone-supported mapping of forest cover and territories, are being used to support sustainable land management practices and recognition of traditional land ownership rights.

In countries like Indonesia and Peru, governments and non-profit organizations are working to develop appropriate forestry policies that consider the land, resource rights, and views of indigenous peoples, providing communities with land tenure options and offering farmers, fishers, and forest-dwellers training in techniques to address climate change and forest management.

IIRRs work with pastoralist communities in South Sudan supports indigenous people to find new markets for traditional products and to diversify income in order to build resilience and thereby a greater chance of maintaining a traditional way of life. Land tenure is a key factor in supporting indigenous peoples and an area that IIRR has long championed through work such as that in Uganda securing Certificates of Customary Land Ownership and subsequent land tenure in partnership with The Global Land Tool Network and UN-Habitat. The success of IIRR’s Climate Smart Villages relies heavily on the mix of local customary knowledge and new techniques. 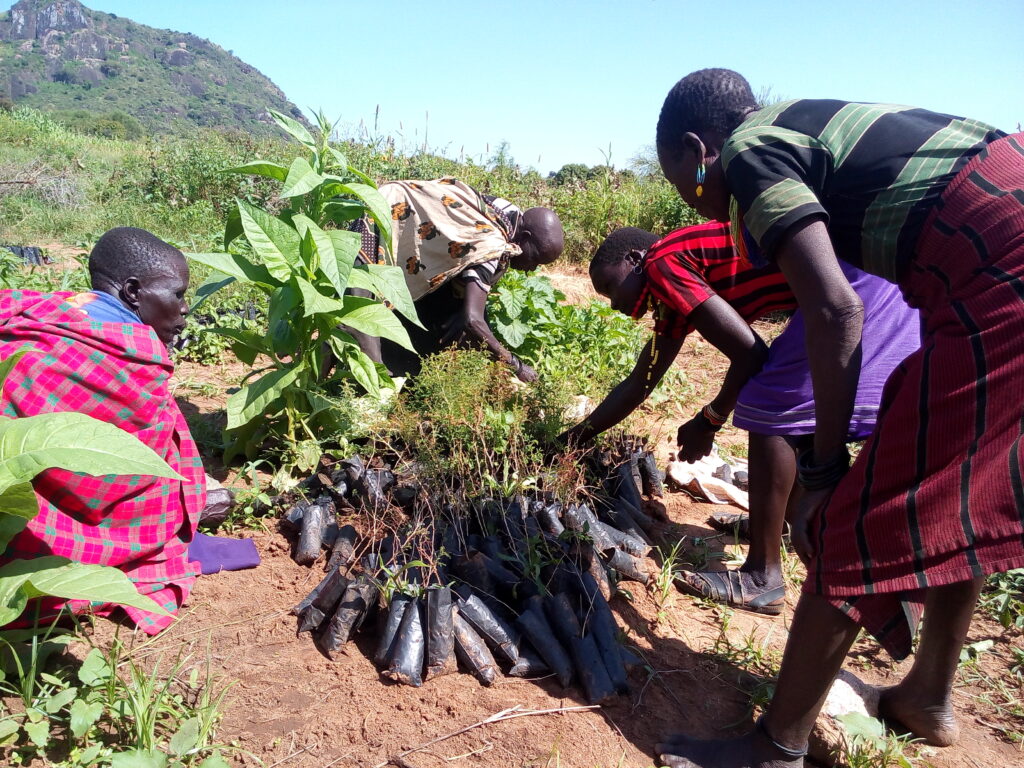 Thanks to the tireless efforts of indigenous peoples’ groups such as that led by Nemonte Nenquimo, the value of indigenous communities, their knowledge, and languages is gaining some degree of recognition and protection. However, many call for greater urgency and see little hope for effective protection of biodiversity hotspots such as the Amazon without a similar level of protection for their indigenous populations. What is certain is that the global rate of biodiversity loss and the speed of climate change will not slow down while the world wakes up to the value of indigenous peoples and their wisdom.

The International Institute of Rural Reconstruction, also known as IIRR, is a non-profit organization whose mission is to empower rural people to build resilient communities and attain socioeconomic equity through creative and community-led action.

For media enquiries, requests for speakers, or other information, please email comms@iirr.org.

To receive updates, news, interviews and more direct to your inbox sign up to our regular newsletter here: